Homeopathy is considered to be a very effective alternative medical therapy that is absolutely safe and natural. Unlike other medications, it does not have any side effects. It can be attributed to the fact that homeopathic treatment aims at stimulating the body’s own defensive system, thereby enhancing the body’s resistance to fight diseases. The reservoir of homeopathy benefits is very large.

Homeopathy was discovered by a German Physician, Dr. Christian Friedrich Samuel Hahnemann (1755-1843), in the late eighteenth century. It is based on the principle that “like cures like”. In simple words, it means that any substance, which can produce symptoms in a healthy person, can cure similar symptoms in a person who is sick. This idea is referred to as the “Law of Similars“, and was understood by Aristotle and Hippocrates and mentioned in ancient Hindu manuscripts. It was Hahnemann, however, who turned it into a science of healing.

homeopathy is a science and not magic! Homeopathy has its own strength and limitations as well. The believers of homeopathy, at times, have over expectations from this science. Also, some of the homeopaths have wrong notions; wherein they promote the idea that if symptoms match, all diseases, from colds to cancer find a cure in homeopathy. The curability of diseases using homeopathy depends on some of the following factors, put randomly as under: 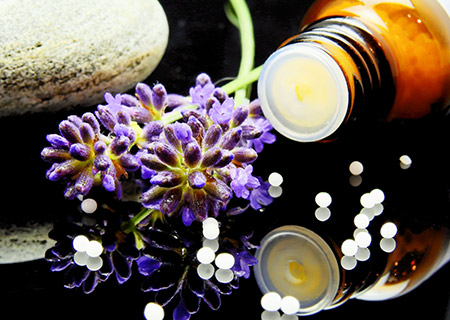 My new categories of disease will be Acute, subacute, chronic, recurring or critical; instead of only Acute and Chronic. Most of the Acute (tonsillitis), Chronic (Eczema) and Recurring (Asthmatic Bronchitis) diseases are treatable using homeopathy. However, some of the acute diseases which are critical in nature, such as severe infection (septicemia, cerebral malaria) or heart attack (myocardial infarction) etc are not curable using homeopathy.

The diseases with functional changes (Aplastic anemia, Migraine) are easy to treat by and large. The diseases with structural (Psoriatic arthritis), changes take longer to get results. Some of them are completely curable (e.g. Ulcerative colitis, Hepatitis C) while some are partly curable (Trigeminal Neuralgia), and some are incurable (e.g. Deformities in Rheumatoid arthritis).

Extent and stage of the Disease

Most diseases have different stages. The success of treatment varies according to the extent and stage of the disease. For example, Vitiligo with mild extent is curable but the same disease if extensive, cannot be cured.

The depth of the Disease

Various diseases have varying roots in terms of the depth of the diseases. For example, some diseases such as acute urticaria are usually not deep-seated; it is superficial. It can be treated quickly with success. When Urticaria becomes chronic, say five years old, and it is recurring, again and again, its depth is more. This form of urticaria is still curable, but it takes time. Now, the same example of urticaria, when presents with severe form what is called as Angioedema and dermatographism, it becomes all the more difficult to treat, since its ‘depth of the disease’ is much more. All the diseases need to be understood in this manner.

Cause of the Disease

Every disease needs to be scrutinized in terms of the origin and causes such as genetic, metabolic, immunological, etc. and the prognosis can be determined accordingly.

Maintaining factors of the Disease

Some diseases have maintaining factors untreated. For example, cases of hair loss using hair dye or harsh shampoo will still have loss of hair, in spite of the best homeopathic treatment.

Some of the diseases are triggered or maintained by some drugs or medicines. For example, cases of psoriases who are on beta-blockers may obstruct cure of psoriasis. Some of the strong immunosuppressive medicines such as methotrexate or cortisone may not allow the right homeopathic medicine to work in some cases such as Nephrotic Syndrome, Atopic dermatitis, Psoriasis.

Some of the strong immunosuppressive medicines such as methotrexate, cortisone, cyclophosphamide etc. may delay cure with homeopathic medicines.

The overall health of the patient

The strong genetic tendency in the background calls for a defined line of treatment and the response time may vary accordingly.

Patients of Oral Lichen Planus continuing with smoking, or cases of IBS living erratic lifestyle will alter the response time of the treatment.

Selection of homeopathic medicine and its dose

In fact, the most important factor is the selection of the correct medicines for the patients, based on detailed history and understating of the totality. Also, correct medicine in the right dose and correct repetition will make the cure successful.

It is important to have the patient’s active participation and compliance in the process of cure. A qualified homeopath can and should be able to help you in suggesting you about the possibility of cure and an estimated timeline. A good homeopath who has adequate experience, expertise, medical training combined with proper case study can make your life easy.

Prophylaxis And Preventive Medicine In Homoeopathy

Prophylactics are homeopathic remedies used for disease prevention. The process is called homeopathic immunization or homeoprophylaxis. Just as the Law of Similars is used to choose remedies for treatment, it is also applied for prevention. Remedies not only treat symptoms in the sick similar to those they produce in the healthy but prevent similar symptoms in the well. This ‘like treats like” process is already used in vaccination.

Vaccines made from infectious organisms are used to prevent the very diseases from which they are made. The main difference between homeopathic prophylaxis and vaccination is that vaccines contain numerous additives harmful for health, work at a biochemical level only, and bypass the body’s early defense mechanisms when injected directly into muscle. In contrast, a homeopathic remedy has no dangerous additives and through a process of potentisation is prepared so no molecules of the infecting organism or virus remain.

Physics does not yet have tools or equipment sensitive enough to measure what is happening at the level of the homeopathic effect so how it works is not yet fully understood. What is suspected is that the remedy (prophylactic) carries an energetic imprint of the original substance into the body that stimulates resistance to the targeted disease.

While some prophylactics are commonly prepared, just like vaccines, from the infecting organism or virus, this is not always necessary. Any remedy that produces symptoms similar to those of the disease can have a protective effect against that disease.

Homeopathy has developed three methods of homoeo-prophylaxis. These are the constitutional remedies, the genus epidemicus remedies and the use of nosodes.

The first method of homeoprophylaxis is constitutional treatment.

These chronic remedies are chosen by the essential nature of the totality of symptoms that tend to reduce susceptibility toward infectious disorders. The chronic remedy is selected by the personal anamnesis, which emphasizes careful individualization. This study includes a detailed assessment of the mental and physical symptoms of the patient with special attention to that which is striking, extraordinary, uncommon and oddly characteristic of the individual.

These remedies strengthen the vital force, remove predispositions to infection, increase vitality and raise general immunity. Constitutional remedies are somewhat universal in their applications and unequaled in manifold preventative powers. When combined with good hygiene, nutrition, and stress management programs, constitutional treatment forms the first line of defense against all forms of infectious disease.

The second method of homeoprophylaxis is called the genus epidemicus remedies

These are specific remedies chosen for protection against targeted infectious diseases. Genus remedies are selected the essential nature of the totality of the symptoms as expressed in a homogeneous group of suffers of the same infectious miasm. These remedies are selected by the group anamnesis. They are effective in preventing, aborting and treating the targeted miasm. The treatment must be combined with avoidance of overcrowded, unhygienic places and contaminated food and water as well as the most careful personal hygiene and diet.

The third method ofHomeoprophylaxis is the use of identical nosodes.

In this method, a nosode of the threatening miasm is given as a preventative of the same disease. In this way, the infectious miasms carry their own cure. For example, the nosode, Pertussin, is reputed to prevent a whooping cough. Unlike the remedy epidemics, the exact nature of the miasms behind the epidemic must be known and a proper stock available. Homeopathic nosodes have a wider band of action than orthodox immunization. For example, nosodes from previous flu epidemics are often effective against new epidemics. If this is not the case, new nosodes can be made from patients suffering from a new infectious disorder. The nosodes for a good number of epidemic disorders are available in homeopathic pharmacies.

The key to good homeopathic prophylaxis lies in knowing when to use the individual anamnesis and when the group anamnesis might be more appropriate. Good constitutional treatment removes a host of predispositions that are linked to the susceptibility to acute and chronic infectious diseases. If the inner terrain is healthy the patient is more resistant to infection in general and increases immunity.

To delay constitutional treatment while giving every possible specifically for every known infectious disease may be counter-productive. Hahnemann made it very clear that specific prophylaxis should only be used when there is truly a clear and present danger of infection. In this way, general protection provided by good constitutional treatment can be complemented by specific prophylaxis.

While no medicine can guarantee 100 percent immunity, a century of the medical literature reveals that the following remedies are as effective in conferring immunity as anything developed in allopathic medicine. They may be taken for general immunization or used to increase immune response during seasons of high risk.

Disorders and their Prophylactic Remedies

NOTE: When allopathic vaccination cannot be avoided, the following procedure may be used to reduce the undesirable side-effects of such vaccinations.

Disorders And Their Prophylactic Remedies


NOTE: When allopathic vaccination cannot be avoided, the following procedure may be used to reduce the undesirable side-effects of such vaccinations.